5S with a CANDO Attitude 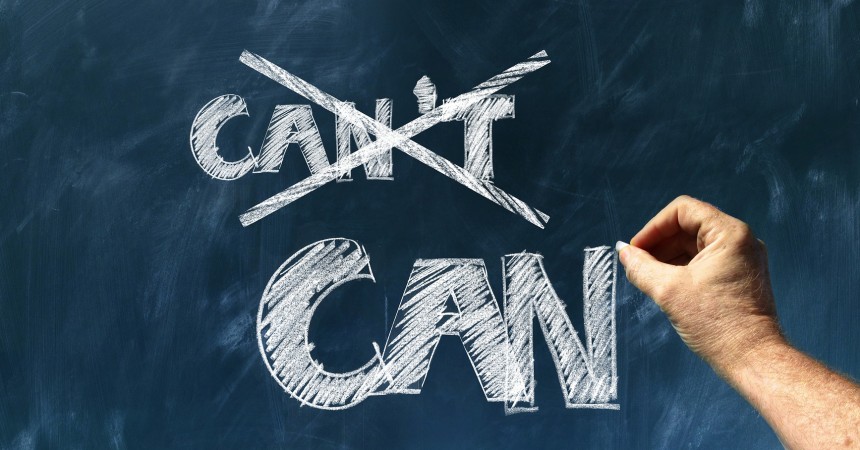 Was the forerunner to 5S formulated by Henry J Ford in a Michigan sawmill in the 1880s?

Henry J  Ford would not recognise the terms used today, however, his business empire and success was fundamentally linked to practices and principles that we all recognise today. His system was known as CANDO, which is partly where the commonly used complimentary phrase “to have a CANDO attitude” comes from.

Ford’s system was an acronym for five steps: 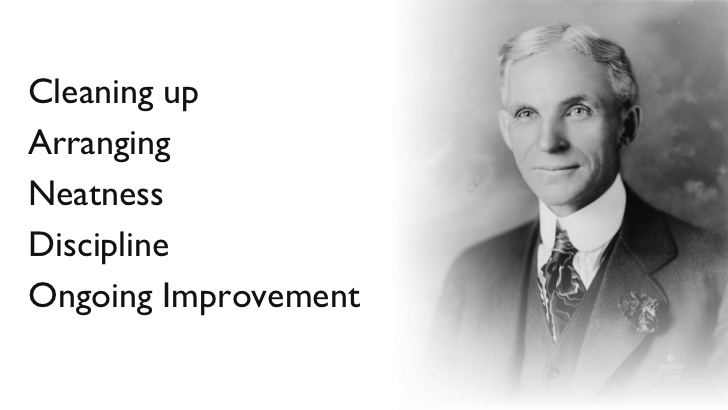 Coming from one of the most successful industrialists the World has ever seen, CANDO is easy to follow, clear and practical and still very relevant today, but we now know it as Workplace Organisation or 5S linked strongly with Continuous Improvement or Kaizen.

Henry Ford was a very shrewd engineer and ultimately businessman, having progressed meteorically from a farmhand with an interest in mechanical clocks, through running a sawmill, to his own revolutionary car manufacturing company. Ford is said to have insisted his sawmill never had sawdust left lying on floors. He developed some clear ideas about how good systems and operation should be run, with some underpinning principles to help guide his staff and managers whether in the office or factory.

Henry Ford wrote in his book -Today and Tomorrow (1926): “The first job was to clean up— that is always the first thing to do in order to find out what you are about…We cannot afford to have dirt around— it is too expensive. … Everything is painted and kept painted a light color, so the least bit of dirt will show. We do not paint to cover up dirt— we paint white or light gray in order that cleanliness may be the order of things and not the exception.”

Ford was a true business guru and hated waste in all processes and systems; and worked hard on methods for reducing and eliminating waste at source. The purpose of his CANDO and modern-day 5S is to promote visibility and make obvious opportunities for improvement and waste reduction by the teams in the area.

So why do we think 5S is Japanese?

After the WW2 the Allies wanted to make sure that Japan did not suffer enormous poverty and give rise to another Hitler figure as has happened in Germany post WW1 and so they sent support and help to ensure businesses in Japan succeeded. They were keen to learn from America. Notably, a team from Toyota visited Ford in 1950. The team was inspired by the scale of Ford. Toyota produced just 40 automobiles per day while Ford did 8,000 a day. Toyota decided to adopt the Ford Production System mass production methods with a few tweaks. A Toyota team was trained at Ford. In 1956 Taiichi Ohno, the company’s chief engineer visited Ford and the Piggly Wiggly supermarket chain. Based on those observations began the development of the Toyota Production System, which eventually led to the formation of the 5S practice.

A tie-up between CANDO and 5S can be seen here:

Henry Ford was also a great thinker and he emphasised the importance of clarity of thought, tidiness of mind, linked to neatness and visibility of the workplace. He famously said   about the enormous pace of change in the life of Americans

“But there is a question in my mind whether, with all this speeding up of our everyday activities, there is any more real thinking. Thinking is the hardest work there is, which is the probable reason why so few engage in it.”  Henry Ford, and it is as true today as it was in 1928 when he said it.

In business (modern or ancient) teams and particularly managers need to clear away the mess, the clutter, the debris, look hard at what is left and think creatively about how to improve.